Basic Knowledge That a Full Stack Developer Must Have

Basic Skills That a Full Stack Developer Must Have

Hiring a full stack web developer is very advantageous for businesses and organizations since it reduces the cost of the project dramatically. It also minimizes the problems of communication and collaboration which are associated with large teams of software developers.

By eliminating so many problems at once, a full stack web developer proves to be an absolute boon for businesses and organizations. So it comes as no surprise that many of them sponsor their own employees to get Full Stack developer training.

But it is not a cakewalk to become a Full stack web developer. It requires a lot of hard work, dedication, time, and energy. Let us see what is the basic knowledge/skills that a full stack developer must-have. 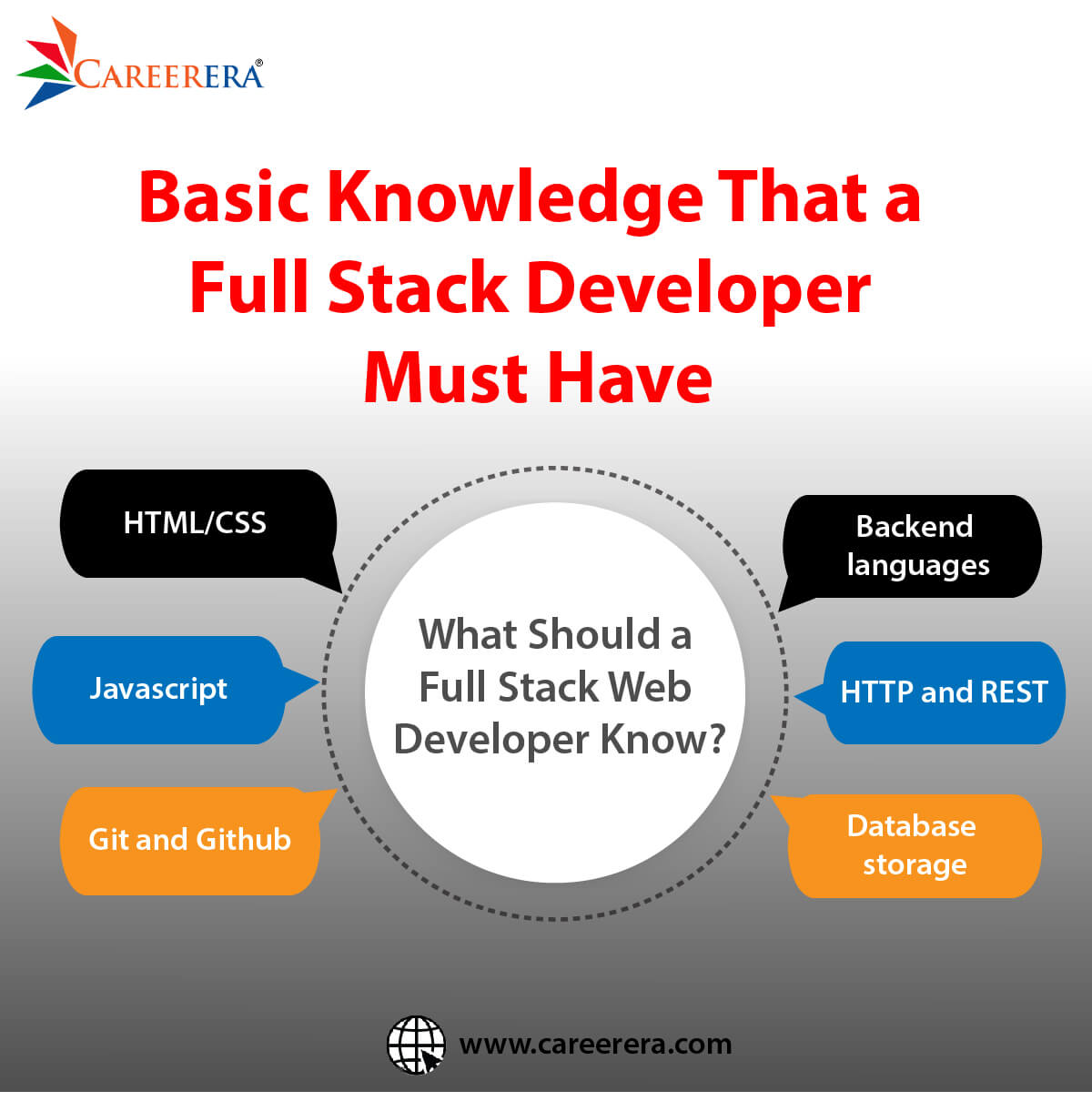 What Are The Requirements & Basic Knowledge That a Full Stack Web Developer Must Have?

One can inculcate all these skills and qualities by taking Full Stack developer certification and training.

What Should a Full Stack Web Developer Know?

Javascript is the most popular and well-known language for web development. It can be used to program both the server-side and client-side parts of a web application. In fact, it is the only programming language in the world that can run in both the web browser and in server back-ends. A PGP in Full Stack development course will teach Javascript in its early stages.

Git is a software project management tool. It allows software developers to create repositories of codebases that can be backed up, cloned, and even modified from any location with access to the internet. Github is a website that provides a very convenient and seamless interface to manage one’s Git repositories. Any decent Full Stack developer training gives the learners practical exposure to both Git and Github.

One can learn all of the above programming languages by taking Full Stack developer certification and training.

HTTP is a protocol for internet communication and data transfer that has existed for decades. It is rock solid and used throughout the world. It is considered a de facto standard of the internet. REST is a protocol that is used for data-gathering and data-manipulation. It only works with HTTP-using machines. With a PGP certification in Full Stack development, one will be able to dive headfirst into HTTP and REST.

Most web applications nowadays operate at a high enough scale that they require databases. Databases are software applications that can store large amounts of data in an efficient, logical, and tabulated way. They make it easy to access and retrieve the data. They also make it very simple to give commands to them in order to carry out intensive evaluation and analysis on the data to glean meaningful insights from it. One can learn how to operate databases by taking a PGP in Full Stack Development course.

Benefits Of Hiring A Full Stack Web Developer In Your Business